Turkey is located is part of two different continents. Indeed, 97% of the country is in Asia, while the 3% are in Europe. Because of its strategic geographical location, it is one of the greatest powers of the Middle East and also of Europe. It is one of the 20 largest economies in the world.

Although the majority of the population prefers to live in Europe, Turkey has borders with several countries. Jurisdiction Turkey values ​​multi-culturality and multilingualism, but it asserts itself with its official language, which is Turkish. She knew how to combine East and West, and take advantage of this privilege to optimize cultural, religious and especially economic exchanges.

All this has allowed it to be among the most coveted countries by foreign companies, for their investment. In addition, Turkey motivates entrepreneurs and investors in Turkey, to invest in them, with its lighter taxation.

All natural or legal persons working and receiving Turkish source remuneration are taxable on their income. Whether foreigner or resident, all persons engaged in a professional activity in Turkey are obliged to pay income taxes.

Tax rates are different for corporations and individuals. For companies, the rate is set at 20%. On the other hand, for individuals, the rate varies from 15 to 35%, depending on their remuneration.

The Value Added Tax is fixed at 18% in Turkey. But some products benefit from a VAT reduction, such as foodstuffs, medicines or certain agricultural products.

In addition to an advantageous geographical location, Turkey enjoys the benefit of having one of the most favorable tax regimes in the OECD area.

The only condition is that the companies have a specific activity in Turkey, but for customers outside the country.

Our legal agents, lawyers, accountants are specialists in the creation and management of companies, branches and subsidiaries in Turkey. 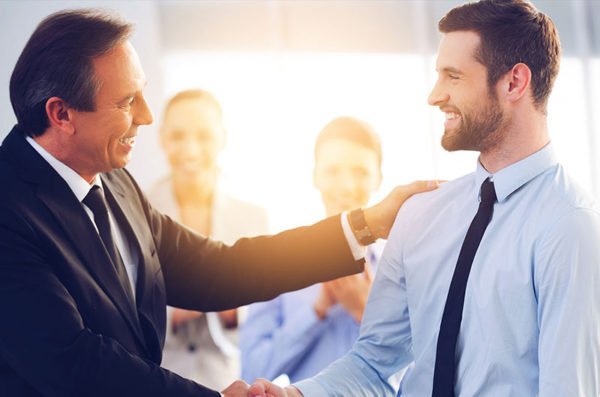 Create my business in Turkey

According to Turkish law, the beneficiary or the main shareholder of the company can keep his identity, regardless of the type of company created, but a Director will have to be appointed at the head of the company.

For the case of a .the principal shareholder must sign a power of attorney to give full rights to the appointed Director. The latter will participate in the management and will sign on his own behalf all documents (duly verified by the main beneficiary) relating to the company.

For setting up a company in Turkey, it must hold accounts. It must be kept by a local accountant, ie a Turkish accountant. The company's accounts will have to follow Turkish commercial codes called “Turkish Code of Commerce”, and the Turkish Ministry of Finance will take care of the checks.

The company will also have an office located on Turkish soil, and hold a Bank account.

CREATION & MANAGEMENT OF COMPANY, BRANCH AND SUBSIDIARY IN TURKEY

Accounting and Accounting Analytics of your business in Turkey

Included in the virtual office formula in Turkey

Located between Europe and Asia, Turkey logically opens its door to international markets. With an active and professional population. Turkey is now classified as one of the countries where investments are insured and profitable. In addition, Turkey's banking sector is currently performing well. Despite the economic crisis, the country has recovered from the recession and is a major player in the global economy.

After going through several crises, Turkey's banking system has recovered. The number of commercial banks has increased dramatically, as have development and investment banks. Turkish banks are almost all very privileged banks when it comes to the stock market. For these reasons obviously that the majority of foreign investors place their trust in it.

The opening of the bank account in Turkey does not require the removal of the principal beneficiary. The beneficiary will only have to choose his representative to whom he will have to give power of attorney for the signature of the documents.

The benefits of opening a bank account company in Turkey are the following :

For the creation of a company, branch or subsidiary of a company in Turkey, the opening of a company bank account is mandatory in Turkey. For this, the beneficiary must have a tax identification number, which can be obtained free of charge from the Tax Office.

Open a bank account for your business in Turkey

Fidulink offers its clients a business accounting service, branch and company subsidiary in Turkey, real daily support from an accounting expert in Turkey in Ankara. Companies in Turkey are required to keep up-to-date accounts throughout their existence.

Our firm offers its clients to keep their accounts of companies, branches and other subsidiaries of companies in Turkey, with the advantage of having an accountant at your disposal from Monday to Friday from 9:00 to 19:00.

Because we know well that it is important to have a business accounting in Turkey followed on a daily basis our accounting department offers a complete formula of accounting of companies, subsidiaries of companies and other branches in Turkey for companies of all sizes and all activities.

Fidulink offers a complete corporate tax exemption service in Turkey but also a complete optimization formula for entrepreneurs and investors and companies, branches and subsidiaries in Turkey.

Accounting service for your business in Turkey